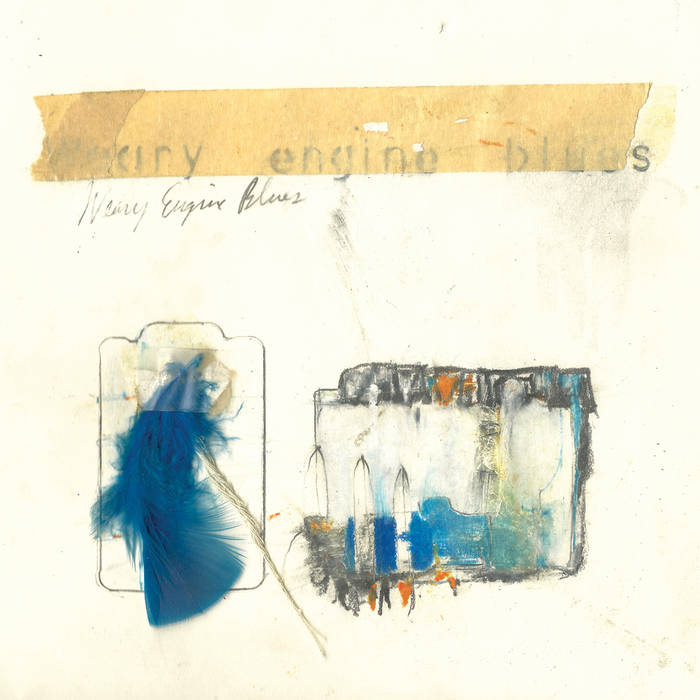 Konrad Loving the music of Jason Molina just brought me here. Its hard to figure in these version, that he is NOT singing this. Reall nice covers and interpretations Favorite track: It's Easier Now.

Danger Princess Jason Molina's passing was devastating to a whole lot of people. This album stands a stark and beautiful testament to that.

Steve Hauley Darren Hayman , Stanley Brinks , Will Oldham , The Wave Pictures .......... What's not to like ? Favorite track: All Friends Leave You (Just What Can Last).

This is a collection of covers of Jason Molina’s songs from his Songs: Ohia, Magnolia Electric Company, solo and Amalgamated Sons of Rest records, performed by artists who are fans of his work and in several cases were friends of the man.

The original idea was born when my friend David Tattersall (from the band The Wave Pictures) and I first heard the news that Jason was struggling with debts as a result of his problems and his lack of medical insurance. We saw the appeal for donations posted by his family and decided to try and raise some money to help him out. Our thinking around this led to two ideas: one for The Wave Pictures to record an album of Jason’s songs which could be sold to raise money for him, and the other to ask friends of ours and musicians we knew or suspected to be Molina fans to record covers for a benefit album. The first of these albums is available at thesongsofjasonmolina.bandcamp.com/album/the-songs-of-jason-molina . The second turned in to this.

We were deeply upset to hear the news that Jason died and felt horrible that we hadn’t been able to put our plans into place in time to get some money to Jason while he was alive, but knowing that his family have significant medical bills still to contend with, we realised the songs we’d collected could still be of use and could maybe serve as a kind of memorial to the man and his terrific body of work.

A big part in all of this has been played by Graveface Records, a wonderful label out of Savannah GA, who recently put out Jason’s Autumn Bird Songs record. They independently decided to compile a benefit record to assist Jason’s family and when we heard about each other it made perfect sense to pool our resources. The primary result of this collaboration is the CD album ‘Weary Engine Blues’, which is available to pre-order from Graveface Records now at www.graveface.com/graveface-catalog.html This package contains the covers collected by us in London and Ryan in Georgia, together with a beautiful limited edition screen print by Will Schaff (en.wikipedia.org/wiki/William_Schaff), a reproduction of the last picture sent by the artist to Jason while he was in rehab. 100% of the profits are going directly (and immediately) to Jason's fund and every purchase comes with a free download of the songs on the CD and bonus content. We recommend pre-ordering now to ensure you get a copy.

The songs available for download here are a mixture of the songs from the CD and the bonus content. The page will be updated as more covers are submitted.

Many thanks to all those who helped put this together – Ryan Graveface, David Tattersall, John Jervis, Paul Richards and Franic Rozycki, and, of course, to all the artists who submitted a song.

Please donate what you can towards the medical fund, enjoy these covers and treasure the memories and the records that Jason has left us.

PS – the cover image is a piece of art recently made by Jason and sent to Will Schaff.

All songs written by Jason Molina except where noted.

Bandcamp Daily  your guide to the world of Bandcamp